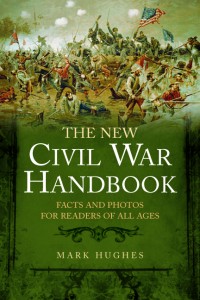 The New Civil War Handbook: Facts and Photos for Readers of All Ages is a complete up-to-date guide for American Civil War enthusiasts of all ages.

Author Mark Hughes uses clear and concise writing and more than 140 Civil War era photographs and illustrations to trace the history of the war from the beginning of the conflict through Reconstruction. Topics covered include:

Material for the casual reader includes:

In addition to these important areas, Hughes includes a fascinating section about the Civil War online, including popular blog sites and other Internet resources.