Fortunately the National Archives has greatly expanded the database of their holdings. I located the missing Salisbury Hospital Register in the records of Records of the Commissary General of Prisoners. In August 2010 I visited the Archives and located the records. After I located the records at the Archives one archivist told me: “The records of prison camps were stripped from the captured Confederate records and sent to the Commissary General of Prisoners.” The archivists I spoke with on my earlier research trips apparently did not know this. 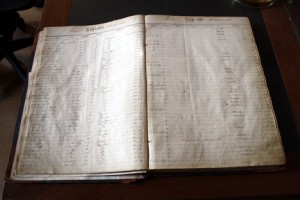 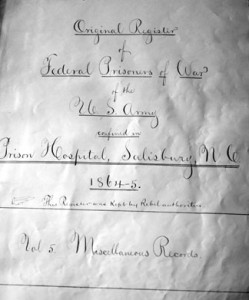 This register lists the names of soldiers that died in the Salisbury hospital. A historian could use this register, the Roll of Honor, and other records from the National Archives to determine the names of the soldiers buried at Salisbury. It is time to identify these soldiers and mark their graves.